What is Monero (XMR)?

Monero is a cryptocurrency with one purpose — to provide users with a means of transacting value without having to reveal their identity. While most cryptocurrencies (like Bitcoin & Ethereum) do provide some level of anonymity, the nature of their transparent and visible public ledgers mean that anyone can view the history of transactions on the network.

With Bitcoin or Ethereum, when a user publicly shares their wallet address, the wallet address can be forever associated with the identity of the person who has admitted ownership. Admission of ownership could be via a merchant portal, an online post, or a submission to a governing body (like the tax department). For instances when transaction transparency is a good thing, a visible public ledger is a fantastic way for holding people accountable for their spending. Some use cases could be: Monitoring the expenditures of government departments, allocation of funds by not-for-profit organizations, or making sure your teenage son spends his lunch money on food, and not ICO scams like this)

Of course, there are many instances where privacy is a good thing. Imagine everyone on the planet being able to see how much you make, what you spend it on, or where your money is coming from. In fact, once regulations are solidified regarding cryptocurrencies, it will be very easy for taxation departments to view your every move in the crypto-markets by viewing the information stored on public blockchains. Monero aims to solve this problem, while also improving the functionality of digital currency, without anyone being allowed to see the origin and destination of transactions.

How Does Monero Provide Anonymity?

As a simple explanation, Monero hides the following:

This is accomplished with the following technologies:

As a very brief explanation:

Ring Signatures obscure a sender’s transaction by “mixing” it among other Monero transactions.

Stealth Addresses are random, one-time addresses that hide the balances of wallets, and ensure receivers remain anonymous by continually obfuscating the transaction origin and destination.

Kovri is essentially a router that obscures IP addresses and is developed by the same people who are working on the Monero project. Kovri’s use-case is not limited to the Monero project alone and can be implemented by anyone looking to hide their geographical location and IP address from prying eyes on the internet.

As a final note, Monero does have the option to allow for transparency through the implementation of a “spend key” and a “view key”. By utilizing a “view key”, Monero users can allow an outside third party to view certain transaction histories without allowing access to the “spend key”.  This means it is not impossible to view certain transaction histories. A good analogy would be to compare a “spend key” to a debit card’s pin number, and a “view key” to a bank account statement.

If you want to learn a ton more about the technology behind Monero, follow this link to one of the most in-depth articles the internet has to offer on the subject. Follow this link for an in-depth look at Kovri, and how it works.

Monero has a core developer team of seven people, only two have publicly revealed their identity (Riccardo Spagni and Francisco Cabañas), while the other five remain anonymous. Looking at the project’s GitHub page, we can see that the Monero project has many other contributors. This large development team ensures that the project can uphold a regular update schedule, which adds new features and security enhancements every six months.

Now that you know what Monero is all about (privacy), it is time to tell you why I think it’s an amazing project with enormous upside potential.

XMR is scalable — It has an adaptive block size built-in. This means when demand increases on the network, the block size can scale to keep up, without any need for a hard fork. Monero can, therefore, handle more transactions than the Bitcoin network.

XMR is private — With regulation inevitably coming in to ruin the crypto-party, projects like Monero will provide a haven from prying eyes and crypto-regulators.

XMR is progressive — As an established project, Monero isn’t going anywhere, and the project is under constant development.

XMR is easy to mine — Bitcoin’s mining algorithm runs best on custom built mining chips (ASIC’s). Monero is designed to be mined on the standard desktop hardware used by most PC owners. This helps create a truly decentralized backbone to the Monero platform and incentivizes adoption.

XMR is fungible — Which is a fancy way of saying that every bit of value on the Monero network is interchangeable. XMR coins can never be tarnished by their use-history, unlike Bitcoin, where coins once used to perpetuate a crime could be rejected by someone who does not want association with the coin’s easily viewed history.

Now you know what Monero is all about, and why it is a great alternative to “traditional” digital currencies. It doesn’t have the same ambitions of many of the other high market-cap projects, but what it does, it does well. I predict we will see Monero, and other privacy-focused projects, pick up value as the ceiling comes crashing down on the crypto-world from the weight of heavy regulations. Also, “Monero” sounds like something a cat would say, “Meow-nero”, so I have to like it.

Don’t agree? Tell me why in the comments, if you really think you’re smarter than a domestic cat. 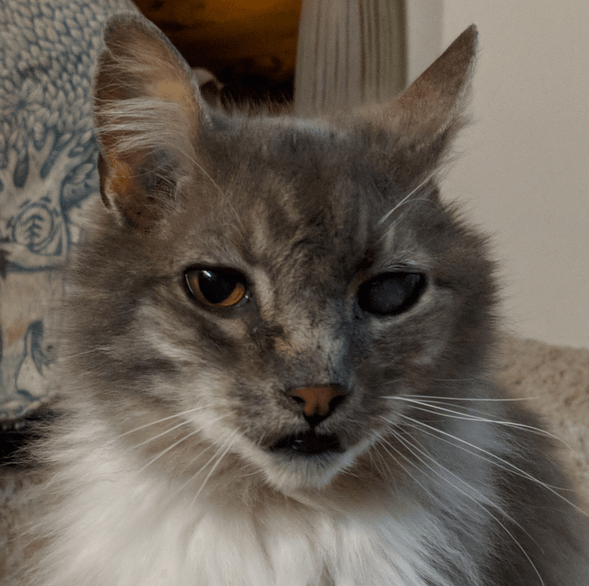